Many people who have read Julius Verne's novels "Nautilus" are associated with a fictional submarine commanded by the Indian prince Dakkar, who calls himself Captain Nemo. So the word immediately associates with something mysterious, creative, interesting - no wonder that it is exactly what the company selling modern audio speakers, which by their very appearance attracts fans of originality, and others interested in the excellent sound that comes out of them, will be associated with. As these are devices that many people have probably already heard about and are thinking about buying them, but there are also those who are simply looking for excellent quality equipment for themselves and don't know too much about Nautilus speakers, we briefly present this breakthrough equipment! What's there to know about him?

Audio equipment - what to choose?

Audio speakers, designed to listen to music or play movies, are a very important element of every modern apartment. Many people cannot imagine a peaceful life without them, because they allow themselves to relax after a hard day at work to the sounds of their favourite music, as well as to create the right atmosphere when meeting with friends or someone special. Those who pay attention to the quality of sound will certainly have to think long before choosing the right speakers for their home, because they need to be adjusted to the needs of a particular interior, take care to choose quite aesthetic models, so that they can not only stand but also decorate the room, as well as it is necessary to get acquainted with their parameters, because they determine the final, achieved effect.

Choosing the right audio equipment is not easy, and the growing number of offers from well-known manufacturers doesn't really make it any easier - some people don't even like to have such a choice, because they still think that maybe another model will be better. Luckily, however, at the moment we have so many types of speakers of different appearance and capabilities that even the most demanding ones will find something for themselves. The speakers can have a non-standard enclosure and this is a huge plus - they fit different interiors, and yet we arrange the space in different styles, because every person has different taste. The Nautilus audio speakers are sure to appeal to quite a lot of people - they are unique! 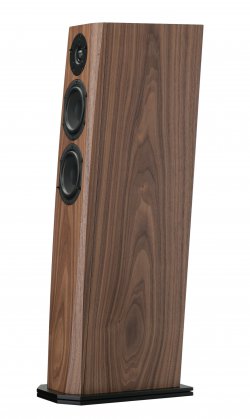 Nautilus distributes loudspeakers of various brands - so its offer includes equipment from, among others:

These are brands that probably don't need to be introduced to anyone, because they are widely known - and these are not all the manufacturers the company works with. As a result, the solutions that buyers can afford meet truly exorbitant requirements. It is worth to decide on ready-made sets, in which we gain a player, amplifier and speakers. The choice is really huge - and the solutions have such interesting or classic forms that they will fit into these modern, but also more traditional spaces.

When describing the Nautilus speakers, one should not forget about the speakers that have recently appeared on the market and which, thanks to their original appearance, have quickly gained publicity in certain circles - the Nautilus speakers from Bowers & Wilkins resemble a snail shell, and the sound that comes out of them is as stunning as their appearance. Of course, they're stunning in a positive way. All because the speakers are a combination of straight and spiral-shaped, tapered tubes, which are filled with damping materials. They absorb unwanted sound waves, which are created in all speakers and which unfortunately affect the end result you hear. So when you listen to modern Nautilus speakers, you don't have to be afraid of any interference - the resulting sound is extremely clear and the appearance of the speakers is so interesting that they undoubtedly enhance the prestige of the interior. They can stand anywhere - as long as they are always in view, because they arouse particular interest among visitors!

ARC Market and Opinion: Promotions liked despite...
5 top gifts for a rock girl 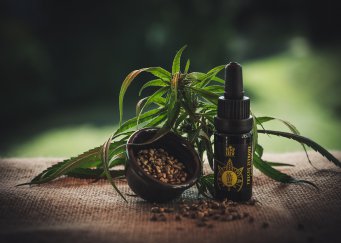 Cannabis Sativa - known as hemp - is a plant species of the hemp family. It is a cultivated plant that occurs in different parts of the world. In natural conditions, we can meet her in...

Artificial intelligence will look for a job for us

Advertising photography - what is it?

How to check who owns the number?