Interest in promotions among Poles remains stable, although consumers also notice the dark sides of promotional actions, such as overstating prices before promotion or low attractiveness of gadgets. Nevertheless, Poles declare that in the following months they will use the promotion more often than before. It is still the most attractive type of promotions, but their attractiveness has decreased by 10 percentage points compared to the previous year. On the other hand, testing of products and services is the most attractive - according to the ARC Market and Opinion 2017 Promotion Monitor.

Knowledge of various forms of promotions is growing - more people than a year ago know promotions consisting of invitations to events, as well as sponsored events, competitions or lotteries. The greatest increase in assisted knowledge was recorded during the tastings, which were met by 2/3 of the respondents, as well as during the return of money in case of lack of effects and testing of products, which were indicated by half the respondents.

In the opinion of Polish women and men, price reductions are by far the most attractive promotion. However, the percentage of customers who find them most attractive is lower than last year. Consumers also declare less frequent use of this type of promotion (83% in 2016 versus 79% in 2017).

This year's increase in the knowledge of most types of promotions may indicate, on the one hand, high intensity of promotional activities of producers, distributors, retail chains or service providers and, on the other hand, growing consumer awareness in this area. This makes consumers more cautious about promotions and gives them the tools to see if a given promotion is really worthwhile. Many of them, while still in the shop, check on their smartphone whether the attractive price offered is indeed the lowest on the market. In addition, consumers exchange information on current promotions in social media and in various forums. So the exchange of information is instantaneous. - comments Dr Adam Czarnecki from ARC Market and Opinion

In 2017, almost every eighth respondent resigned from the promotion consisting in reducing the price of a product or service, and every tenth respondent from product tasting and lottery.

Respondents as the reasons for giving up different types of promotions claimed that in their opinion prices are overstated before the promotion and, for example, gratuities are unattractive or useless. In addition, consumers indicated that they were spending money on things they did not need, just because they had a coupon to use.

Promotions, although positively received by the vast majority of society, have their dark sides. There is a group of customers who feel that they are being cheated by overstating prices before a promotion or being pulled over for things they do not need. For the time being, this is a low percentage, which is not increasing compared to previous years. That is why it is so important that producers, traders and service providers organise promotions so that their honesty is not in doubt. The Polish consumer, who has a lot of choice, is looking more and more closely at the places where he or she spends his or her money - adds Dr Adam Czarnecki from ARC Rynek i Opinia.

Information about the examination

The survey was conducted by ARC Rynek i Opinia on 18-24 August 2017 by CAWI method (online surveys on epanel.pl's own panel), total sample of N=1000 people who have used at least one promotion in the last 12 months.

TOOLS USEFUL FOR THE TRANSLATION AGENCY -...
Why buy glasses from an... 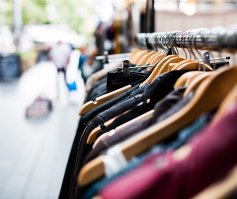 Poles spend up to 10% of their monthly income on clothes. They do their... 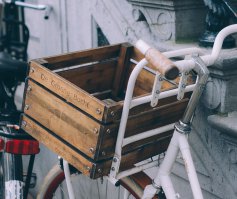 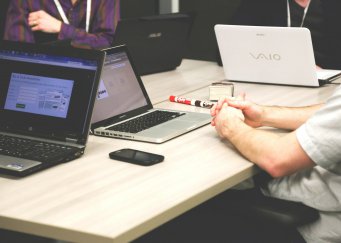 What are the technical translations?

Translations from and into foreign languages from Polish are quite heterogeneous group of services. Interpreting is a completely different kind of interpreting than writing. They also require...

What do you feed your four-legged?