What are the differences between medical and recreational marijuana?

Let's take the example of states where both forms are legal. When it comes to shopping alone, medical and recreational stores have similar offerings. Medical marijuana patients present their ID to prove they are of legal age, as well as a patient card. Some medical stores have waiting areas that patients are called out of to ensure their privacy.

Recreational marijuana stores often cannot give medical advice to customers, although you can shop there as a patient. Some stores are also "dual-licensed," meaning they can cater to both recreational and medical consumers. They may also offer discounts and tax credits for medical patients.

Medical clinics and dual-licensed stores are best positioned because they can answer questions for patients and recreational consumers.

When it comes to product selection, there is very little difference between medical and recreational menus. In each type of store, you can find shelves full of different foods, beverages, vaporizers, creams, dries and concentrates.

One and other marijuana has medical properties

Social stigma creates a dividing line between medical and recreational marijuana, as a larger portion of society supports its use for medical purposes than recreational.

Using cannabis for pleasure is still taboo in the public eye, although you don't have to suffer from a serious illness to experience the benefits of cannabis use. For example, when a state legalizes recreational marijuana, consumers can legally try a variety of high quality strains. Then, he may find that small doses of certain cannabis strains can help him manage chronic pain, relieve daily stress and anxiety.

What are the differences between recreational and medical marijuana?

Both medical and recreational marijuana contain the same compounds that have medicinal effects. Cannabinoids, terpenes, flavonoids and more. However, different marijuana strains have different concentrations of these compounds, so some will be more effective for pain management and others for stress relief. Indica strains are more commonly used to treat pain and insomnia, while sativa strains are used to treat depression and stress, among other things. However, these same strains can be used by recreational consumers.

Differences may exist in product standardization. Typical medical varieties are standardized, so the content of active compounds should be the same or very similar in each sample. Marijuana grown by Bedrocan can have minimal differences in THC and CBD content. Any batch that deviates from the standard is eliminated during selection to preserve its effectiveness.

We can see the differences between recreational and medical marijuana in their cultivation. When growing marijuana for medical purposes, growers keep the plants free of heavy metals, mold, and other contaminants. Medical marijuana is grown under sterile conditions and is usually grown indoors to prevent contamination of the final product.

A recent study in California found that 86% of clones obtained from "mother plants" contained pesticides and other contaminants. Because pesticides can be used to protect the mother plant from which the clones are obtained, researchers found that clones that had never been exposed to pesticides still showed traces of potentially dangerous chemicals.

To understand the differences between recreational and medical marijuana, it's important to know that all marijuana has medicinal effects. It is the cannabinoids, terpenes, valvonoids, and other compounds in cannabis that have medicinal properties. The same strains that are used for recreational purposes can be used for medical purposes. The main difference, however, is the standardization of the product and the growing conditions, which for medical marijuana must be sterile to ensure a uniform product. For recreational consumers, the most important differences are between indica and sativa strains, whose effects are significantly different.

Ways of falling out hair
Next stop: opportunities for... 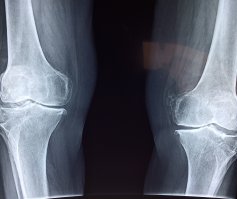 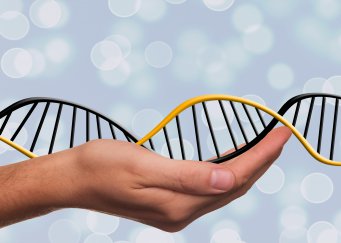 Natural collagen is found in our bones, cartilage, tendons and skin. It is produced by fibroblasts in connective tissue and affects a number of important functions - it ensures, among other...

Do you get sick often? You better check the...

Poles shop with their heads. They can save up to...

President of the IPP: The act on banning trade on Sundays should be...